The universe has a funny way of speaking up when you need something desperately..for me that was some semblance of a vacation.

What I got was better. An unexpected phone call from a friend to watch their home and adorable flatmate for a week.. the home of a more accomplished writer than I, that is also a great place to write..Which was something I had really wanted to do for a long time, but life kept bouncing in at the most inconvenient of times.

So off I went, over a hundred and thirty six blocks to be exact to watch over a little tough guy who was just as curious about the strange chick walking through his house as I was watching him having a a standoff with two pigeons in the window.. 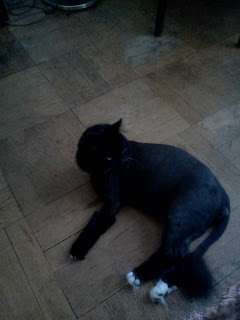 and have an alarm clock that gently pushed earlier each day to say get up and open that can before you head out for work.. 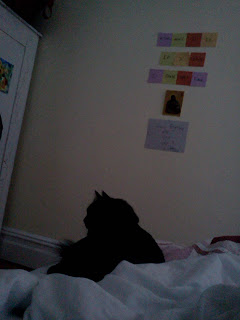 Just as priceless was getting to see a different view of my home.  Appreciating what I have a hundred and thirty six blocks north. And grateful for the gift of experiencing a different serenity to the south.
Posted by Alana at 9:37 AM 2 comments: 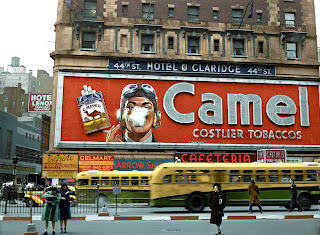 I wonder what's on the menu in the Cafeteria?- Times Square 1944 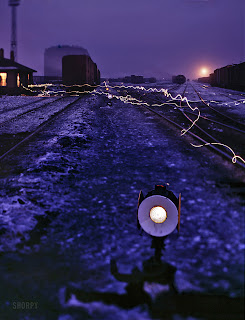 all photos from Shorpy
Posted by Alana at 6:55 PM 1 comment: