225 miles for a spoon full of sugar 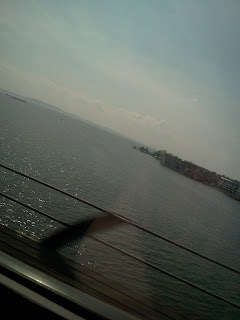 getting up at an ungodly hour to pass out exhausted on a train that cost an ungodly amount of money..

In between brief intervals of rest, gazing upon waterways and greenery that don't begin with names like central, hudson or east..

Exhaustion ebbs away upon seeing the face of a dear friend..

She laughs when I remark in disbelief that her metro has carpet. Everything is foreign to me..especially the concept that you have to swipe your transit card twice, when you get on the train and off..

"Depends on what zone you end up in." she says.. I still think it sucks. must be a bitch to calculate every month.

Taking me around her city, she meets her match in the walking department. She glides in a Camry, I glide in Sauconys..

Downpour at the end of the day diverts plans to go someone where else, end up at an eatery familiar everywhere else but at home. 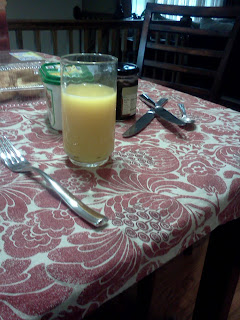 The medicinal remedy of quiet time and reflection was well needed and appreciated, though I am looking forward to return home. Recharged and sitting upright at a normal hour on a train that cost an ungodly sum of money.. 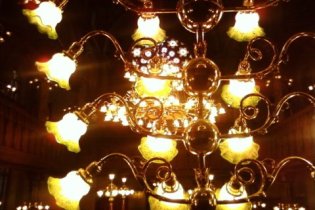 the city you made your home, that molded you into the person you became and are becoming can always surprise you and comfort you and teach you a lesson at most inconvenient times.

through passing conversations, through a side glance in a mirror. through worn out shoes, dim lights in tenements and stately apartment houses.

through solitude, frustration, loneliness and joy.

Through dusty pages hidden in decrepit buildings, through words and actions of people long gone.

through your own reflection when you take the time and stop and look and before you realize it the tentacles have wrapped through every core of your being that you wouldn't be able to function without it.