a boy has never wept...nor dashed a thousand kim.

mother is the best bet and don't let Satan draw you too fast.

I showed him boss, did you hear him meet me? An appointment, appeal stuck. All right mother.

French Canadian bean soup, I want to pay, let them leave me alone.

I know what I am doing here with my collection of papers for crying out loud. It isn't worth a nickel to two guys like you or me. but to a collector it is worth a fortune, it is priceless. I am going to turn it over to....


Seventy five years later, I'm trying to make sense of it all.
Posted by Alana at 6:56 PM 1 comment:

journey to the center of the earth.

A bus ride, a train ride and then a car ride... then over a hundred miles of these.... 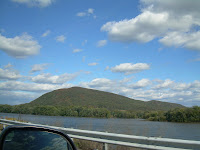 A general store, a gun show, a museum dedicated to little league baseball, abandoned farms. Phone loses signal for most of the way and as service provider had warned service would be provided by another carrier, in this case a bunch of strange digits. and lots of ads on the road for these: 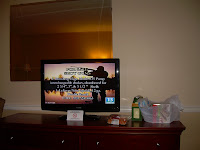 couldn't drink the water as the filter system was down, given one bottle to use between two people and told if we needed more "we could go to the pharmacy down the street."

Travel Buddy: We really are in the middle of fucking nowhere.

Me: What time do you want to leave tomorrow?

TB: How bout near three? ( We left about an hour after this proposed time, still not bad)

Sleep with the dehumidifier on as a lullaby as the silence outside is too deafening.

Reason we are in the middle of bumble fuck goes beautifully, bride looks like a silver bell.

Then a five mile journey (up) through here: 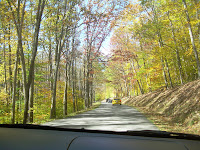 To get to here: 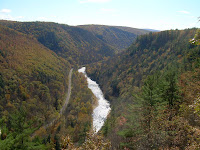 Then back down the five mile path to a lovely dinner and dancing and just before me and travel buddy depart turn around to be gawked at by people in jeans, fur vests and shotguns.

Back through the rolling hills and mountains, racing against the sunlight ( almost like a reverse vampire), three cups of coffee in a row to be hot wired, bright eyed and bushy tailed, fight with relatives over the phone who are trying to get me to make a pit stop.

Me: I want to go home...thanks anyway...I already told you I am going home.

back to the train, rushing through the station that was the final leg of my journey, still bright eyed I get here: 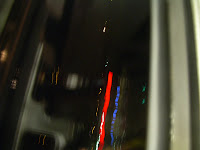 Tip of the morning on Day 3:
Return to my city in the dark of morning, filled with a constant lullaby I recognize to go to sleep by.
Posted by Alana at 8:46 PM No comments:

the medicine for the day

Wasn't feeling well, but there is only so long that I can stay in the house before getting cabin fever. Had enough strength to go somewhere familiar.

" Oh hello!, you know what you're doing so you don't need my help." He says in his thick Russian accent and gestures to the back with a smile.

tabletops, shelves, floorspace and every corner filled with books, ledgers and boxes documenting over 100 plus years of history. All permanent, and a stroke of luck for me the originals as the state is too poor to document anything. Anger from the records keeper as no one seems to care.

Almost breaking my back to coax a cabinet to open it's drawers. This thing must be as old as some of the dusty ledgers around it. Been through it on three separate occasions and each time it refuses to open a different drawer.

Fingers black with dust as I gently sort through papers and for the second time this month I hear how unusual I am from the bespectacled man in the corner.

" You know, where I came from...history was destroyed on purpose, and here I go to work surrounded by it. People need to listen to what is in the documents as this is our future, not the technology that can rewrite history." He shakes his head and stares off in the distance for a minute. I try to keep the pages of ledger book from coming loose.
Posted by Alana at 6:14 PM 1 comment:

what I would prefer right now 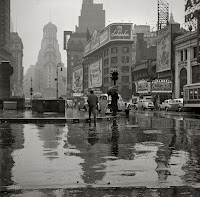 The rain I would like to see, verses what is outside my door. 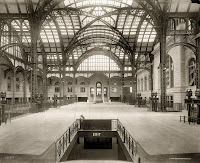 If I had to leave New York, I wouldn't mind passing through here... 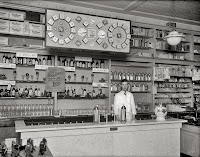 If I needed a mental break in the afternoon.

*all photos from Shorpy