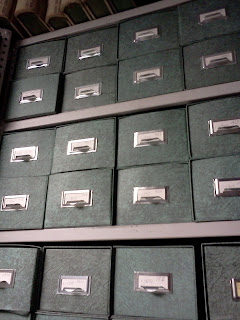 an actual smile as a greeting from the archivist.

"You are my favorite customer cause you always know what you're looking for. Oh you are one of us, you don't need my help." Gestures with his hand toward the twisting walkways in between miles of files.

Passage through semi dark hallways, glimpses of dusty books I'd like to go through another time.

Till I reach these..rows of them. And in the semi darkness in the midst of a chaotic week I get to pour over approximately 50 micro reels and counting on an old machine containing information on two people.

The space a looong time ago use to be a bank, one of the first owned and operated by African Americans in New York. Knew of its existence but not its location until two years ago when checks over 75 years old turned up in boxes while I was researching my moody research subject. I live right above it.

Its recent reincarnation has been a pain in the ass, a fish market. I don't care for fish, particularly when it is steamed and comes into my apartment. That problem was fixed, me being the neurotic that I am, but then I come home today to my alarm screaming CARBON MONOXIDE! EXIT! EXIT!

After about three rounds of this I knew the battery wasn't dead so I opened the window more and called that wonderful information line on what to do next as there's one thing going through a test run and then the real mccoy..

well, that led to a parade of firemen coming into my home, looking very cute in their uniforms and managing to compliment me on my home as they went about their work, then me calling neighbors as then several other alarms went off like chimes. Then Con Edison men coming into my home and complimenting my space, and finally sitting outside till 11pm at night as said firemen and the con edison people worked on finding the problem in the wonderful arena of Mr. Limpet. A steamer that's bad, can't be used again until it is replaced. Thank God.

Sat outside with my other neighbors, some sharing their dinner with me and the older ones telling me everything that space was in between  being a bank that was a symbol of pride in the neighborhood to being a pain in the ass not only for me but the other apartments directly and indirectly above it.

Hopefully this will be the last of the problems from that store, though I wouldn't mind a pair of Dorothy's red slippers, not to go home but to turn that space back into the symbol of pride that it once was.
Posted by Alana at 9:02 PM 1 comment:

where I would rather be right now...

then waiting for a repair man/woman to show up.... 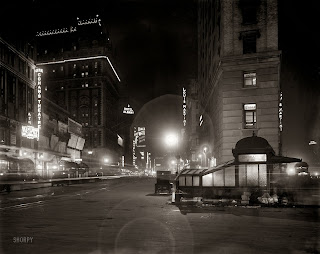 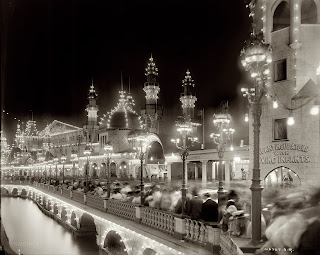 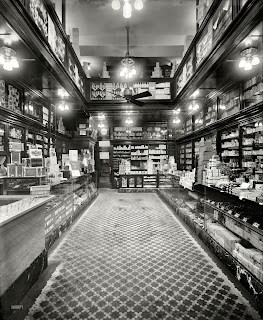 A drug store-1910
All photos from Shorpy
Posted by Alana at 9:58 AM No comments: